Vivian Galaxy is a prolific songwriter and singer that started creating songs at age 12 and has been active in the music scene ever since. Though her family and parents sees music as absurd and did all they could to dissuade and divert her interest from music. But the immense love she has for singing, writing songs and the urge to make impact on humanity through music pushed her to engage in music secretely.

She is set to release a 2 part Album titled A CALL TO SERVE which has 24 tracks.

She did 13 Christian tracks on one part of the Album to thank God for seeing her through the terrific hurdles she
encountered on her journey to the realisation of the albums. The 2nd part of the Album
has 11 tracks which are love and inspiration songs. 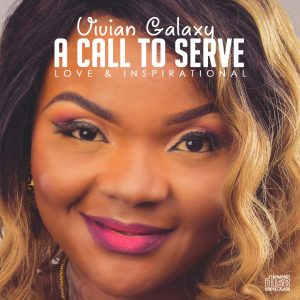